“A good wife is Royal in Heart. She is a crown to her husband, and pride to the home where she was raised. She is called a W.I.F.E because she is a Woman In Full Effect.”
― Olaotan Fawehinmi

We all know her as the Prime Minister’s wife. However, she holds her own. She stands toe to toe with her husband. Mrs Raquel Du Boulay – Chastanet was catapulted into the political lime light as a result of her husband securing the Leadership of the United Workers Party on July 28th, 2013.

As a consequence, the eyes of the nation rotated towards her.

Who was this Lady?

Curiosity and excitement erupted as we were all intrigued as to how she would have handled this laborious journey.

Alas!! This would not have been an easy feat as she is a professional (Attorney at Law), mother and wife.  Roles we as women can clearly identify with.

Over the years the word “SUPERWOMAN” has been assigned to women.

Are we really “SUPERWOMEN?”

Women are skillful multitaskers and do so effortless. It’s not rocket science, we were born this way.

Now let’s get back to Mrs Chastanet!

Mrs Raquel Du Boulay Chastanet is a partner at her firm and has a general civil practice with an emphasis on international trust law, conveyancing, banking, corporate and commercial law.

She obtained her Masters Degree from the McHari Institute’s Trust Programme in Nassau, Bahamas in 2001. Raquel is a member of the Bars of England and Wales as well as St Lucia.

The thought of her husband becoming the next Prime Minister in 2016 must have thrown her into a prostrated position. Au Contraire!! She embraced her new role as the wife of the Leader of the UWP. On the Campaign Trail Raquel feverishly toiled the ground with her husband and his campaign team.

She depicted the picture of a united front with her husband, something most St. Lucians admired!!!

Raquel was visible to all and sundry and stood the test of time by her husband’s side.

She is the consummate philanthropist. Her charitable organization Make A Wish Foundation has improved the workspaces and living conditions of many. Raquel’s influential capital has afforded her the luxury of raising large sums of money. Police and Fire officers, Nurses Association and the Micoud Home Care Program for the Elderly are recipients of her benevolence.

The load carried by her husband, the Prime Minister of St. Lucia Hon. Allen Chastanet must be made a lot lighter with his greatest cheerleader and supporter by his side.

This year St.Lucians are expected to head to the polls. Let us all ensure that we don’t incite violence and that we exercise restraint and enjoy the “silly season.” 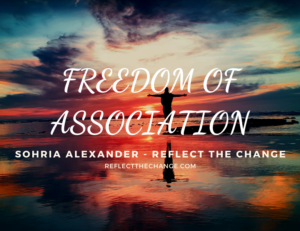 Women do not be intimidated or bullied by the Saint Lucia Labour Party male pundits!