In the headlines, Junior Minister in the Office of The Prime Minister with Responsibility for Housing and Local Government Richard Frederick uses an obscenity to address former Primer Minister and Current Leader of the Opposition Allen Chastanet during the First Sitting of Parliament for 2022.

As a result, the minister was reprimanded on social media for the conduct which he displayed. Additionally, Frederick’s behavior was a disgrace and not honorable. Sadly, when Hon Phillip J Piere the Prime Minister of Saint Lucia was questioned regarding the members in the house behavior, he responded as follows: “As I say, that is a flashing mirror.”

Pierre went on to state “What’s important is what was said in the parliament – the revelations, the direct awards, the state of the SDF, the state of the finances of the country as they relate to direct awards that were given.” Those remarks came in an effort to avoid the reporter’s questions and address the matter.

As a consequence, Prime Minister Phillip J. Piere has caused many to conclude that cursing out members of The House of Assembly or people, in general, will become the new normal. The very same minister was in the spotlight for his verbal abuse against a Female Talk Show Host Sohria Alexander. To this day no apology has been issued to Sohria Alexander nor Allen Chastanet. 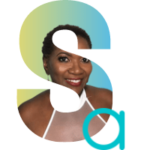 The main objective of Reflect the Change, is to write on many issues that are of importance. The youth, politics, religion, the indigent and much more. The creator of this blog is Sohria Alexander who enjoys using her influence to reflect the change.