Why are women attacked because of their personal opinion? Is the thrust to silence them?

Apparently, the male supporters of The Saint Lucia Labour Party cannot handle the opinion of an intelligent woman. Moreover, they become dangerously incensed with women who don’t sing from the same songbook as they do. It must be noted that any woman who shows any semblance of support for the Prime Minister of Saint Lucia is denigrated.

Who made the Saint Lucia Labour Party male pundits THE LAW as to who a woman decides to support?

For this reason, it is ludicrous trying to belittle women or imposing on their democratic rights to choose! Their male supporters seem to have very little respect for women. Is that how the St. Lucia Labour Party and its followers intend to gain supporters?? I think NOT!!! This tactic is BARBARIC and pushes voters to the other side of the DIVIDE or NO DIVIDE!

Additionally, women voters who speak against their beloved Saint Lucia Labour Party become Public Enemy Number One. What a LAUGH!!! What a BIG JOKE!!! Clearly, their male supporters resort to cursing and name-calling of these women.

EXCUSE ME MALE PUNDITS!!! It is called Freedom of Association!

According to the Human Rights House Foundation:

Freedom of Association is one of the most basic rights enjoyed by humans. It ensures that every individual is free to organize and to form and participate in groups either formally or informally.

Nevertheless, if one choses to support the Saint Lucia Labour Party that’s their choice and decision.

Of course, this type of behavior borders on MADNESS! Why hate and disrespect women who don’t subscribe to the Saint Lucia Labour Party’s ideologies and philosophies??? Alas! Are you of the belief that everyone is going to support your PARTY???? This is not how life works.! WOMEN HAVE CHOICES!!!!

However, beating up on women day in day out, chanting Chastanet must go is not good enough. On the contrary, this shows that your party has NO PLAN or VISION for Fair Helen.

Without a doubt, women are fed up with this foolish rhetoric. They are going to stand strong against this disgusting and juvenile behavior. Additionally, these nasty attacks against women voters who don’t dance to your beat make your Political party unappealing.

Besides, the Saint Lucia Labour Party needs to go back to the drawing board in order to win the 2026 General Election.

Donate to us so we can keep on Reflecting The Change. 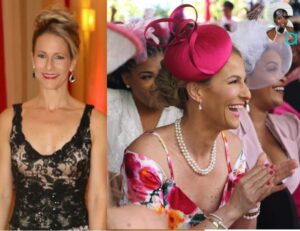 1 thought on “Women do not be intimidated or bullied by the Saint Lucia Labour Party male pundits!”